This is the amazing true story of George Jenkins, the grandfather of a good friend of mine Stuart Jenkins.

George was a sailor in the clipper-ship eara of the 1860-1880's.  He was on board a ship carrying Scotch coal from Dundee to Bombay (now Mumbai) in India.

The ship had made good progress rounding the southern tip of South Africa and was heading up past Madagascar, Reunion and Mauritius when fire was discovered on board the ship.

George survived by jumping into the sea from the burning ship, what he didn't know at the time was that there were sharks in the waters!

A book about The Teviotdale will be available from 10th January 2020.  It will initially be available in 2 versions, hardback (£12.99) and paperback (£10). It will also soon be available as an e-book, details to be announced shortly. 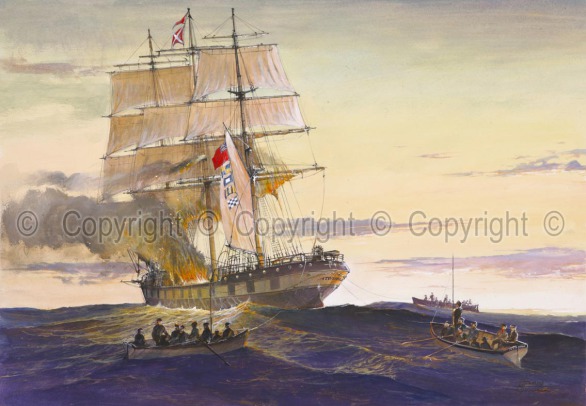